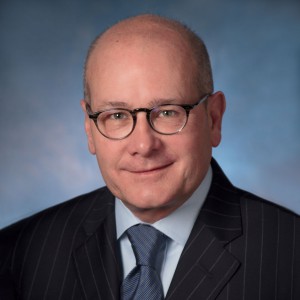 Michael Boland is founder and President of Washington, D.C. based Dome Advisors, an independent research firm providing analysis of US fiscal policy and political developments. He advises SGH on Washington and Capitol Hill politics and is a frequent speaker on policy and political matters to financial services firms.

Before founding Dome Advisors, Boland was a partner at Johnson, Madigan, Peck, Boland & Stewart, one of Washington’s leading bipartisan lobbying firms, and before that Senior Vice President at Verizon, where he headed the team responsible for all legislation affecting the company. In 1987, he founded the lobbying firm, Boland & Madigan, and helped negotiate its acquisition by the Interpublic Group in 1999.

Boland began his career on Capitol Hill as counsel to the House Energy and Commerce Committee and in 1984 was appointed chief counsel to Congressman Trent Lott, the Republican Whip at that time in the U.S. House of Representatives.

Boland received his undergraduate degree from the University of Notre Dame and is a graduate of Gonzaga University School of Law.

Council Note:  As the Florida Olive Council engaged Congress and the International Trade Commission on behalf of domestic olive oil producers, Michael Boland’s counsel not only proved valuable in the short-term but prescient.